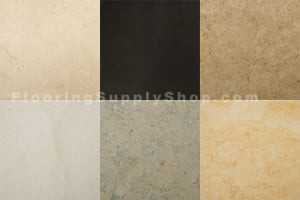 Sedimentary rock composed largely of the mineral Calcite (CaCO3), formed by either organic or inorganic processes. Most limestone’s have classic texture, but non classic, particularly crystalline, textures are common

Limestone is a sedimentary rock composed largely of the mineral calcite (calcium carbonate: CaCO3). The deposition of limestone strata is often a by-product and indicator of biological activity in the geologic record. Calcium (along with nitrogen, phosphorus, and potassium) is a key mineral to plant nutrition: soils overlying limestone bedrock tend to be pre-fertilized with calcium. Limestone is an important stone for masonry and architecture, vying with only granite and sandstone to be the most commonly used architectural stone. Limestone is a key ingredient of quicklime, mortar, cement, and concrete. The solubility of limestone in water and weak acid solutions leads to important phenomena. Regions overlying limestone bedrock tend to have fewer visible groundwater sources (ponds and streams), as surface water easily drains downward through cracks in the limestone. While draining, water slowly (over thousands or millions of years) enlarges these cracks; dissolving the calcium-carbonate and carrying it away in solution. Most well-known natural cave systems are through limestone bedrock. 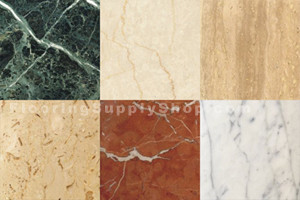 A hard crystalline metamorphic rock that takes a high polish; used for sculpture and as building material

Marble is a non foliated metamorphic rock resulting from the metamorphism of limestone, composed mostly of calcite (a crystalline form of calcium carbonate, CaCO3). It is extensively used for sculpture, as a building material, and in many other applications. 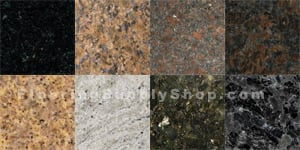 A group of igneous and plutonic rocks composed primarily of feldspar and quartz. Usually contains one or more dark minerals, which may be mica, pyroxene, or amphibole. Granite is quarried for building stone, road gravel, decorative stone, and tombstones. Common colors are gray, white, pink, and yellow-brown. 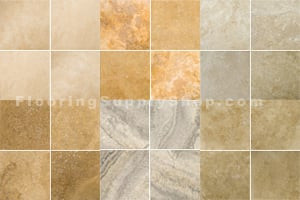 Similar composition to limestone but with holes created by hot springs. Colors include beige, red, yellow and brown, with some variation from piece to piece. Trim pieces – various shaped of bases, caps, corners, moldings, angles, etc

Travertine is a terrestrial sedimentary rock, formed by the precipitation of carbonate minerals from geothermally heated hot-springs. Similar (but more porous) deposits formed from ambient temperature water are known as tufa. 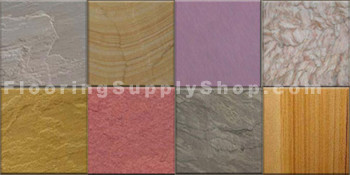 A sedimentary rock consisting of sand consolidated with some cement (clay or quartz etc.)

Sandstone (sometimes known as arenite) is a sedimentary rock composed mainly of sand-sized minerals or rock grains. Most sandstone is composed of quartz and/or feldspar because these are the most common minerals in the Earth’s crust. Like sand, sandstone may be any color, but the most common colors are tan, brown, yellow, red, gray and white. Since sandstone beds often form highly visible cliffs and other topographic features, certain colors of sandstone have been strongly identified with certain regions.

Slate has two lines of break ability: cleavage and grain, which make it possible to split the stone into thin sheets. When broken, slate retains a natural appearance while remaining relatively flat and easily stackable.

Slate is a fine-grained, foliated, homogeneous metamorphic rock derived from an original shale-type sedimentary rock composed of clay or volcanic ash through low grade regional metamorphism. The result is a foliated rock in which the foliation may not correspond to the original sedimentary layering. Slate is frequently Grey in color especially when seen in masse covering roofs. However, slate occurs in a variety of colors even from a single locality. For example slate from North Wales can be found in many shades of Grey from pale to dark and may also be purple, green or cyan.
Slate is not to be confused with shale, from which it may be formed, or schist.

The post The most popular type of Natural stone what are the really? first appeared on Flooring Supply Shop Blog.

One thought on “The most popular type of Natural stone what are the really?”