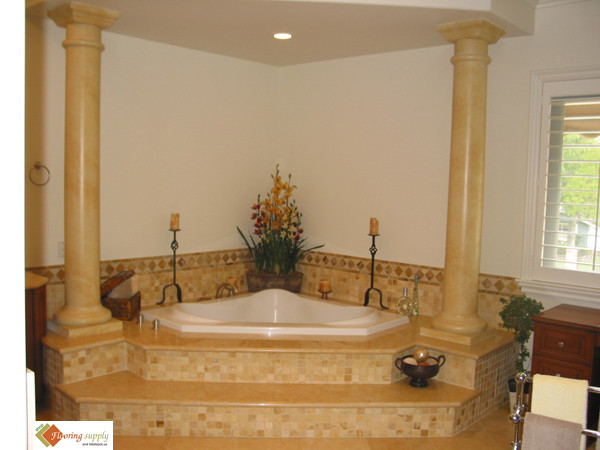 The showers that we find in most homes these days are far from what the early Romans and Greeks used. The first experience that man had of a shower was not under a man made structure, but under a natural one: a waterfall. However, the desire to have a personal shower led to the creation of customized shower areas inside the house.

The Greeks were probably the first ones to invent a shower by creating aqueducts made of lead, and a sewage area. This was an effective system that allowed pumping of water both in and out of the communal shower rooms. Similar to this system were the boathouses created by the Romans. The remains of these boathouses can be found around the Mediterranean as well as in the modern day England. However, after the fall of the Roman era, showering almost became a religious taboo and was completely abandoned until the Victorian era. 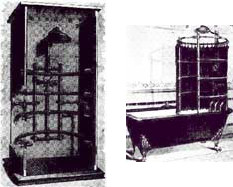 It was during the Victorian Era that the famous ‘English Regency Shower’ was invented. This shower was made out of metal, but was painted to make it appear like bamboo. The structure of the English Regency Shower consisted of a basin at the top and a drain at the bottom. A pump like arrangement at the drain forced the water to the top basin, from where it was pumped over the occupant through a nozzle. The English Regency Shower even had a basic shower curtain for the privacy of the occupant. Although the design of this shower was effective, the only drawback to it was that the same water had to be reused while showering. A number of modifications were done to this shower, including a hand pump, several sprayers and nozzles that could be interchanged. 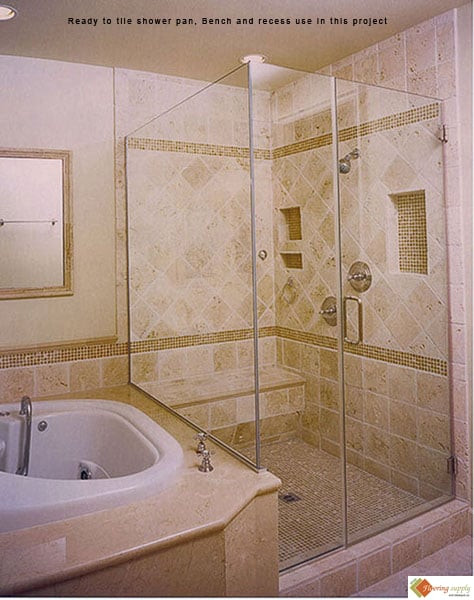 It was after the invention of the English Regency Shower that plumbers started experimenting with new showering tools. It was during this time that the shower moved indoors and was being used only by a few privileged homeowners. Lead plumbing was introduced around the 1850s, and it was around this time that it started looking similar to what it is today.

Today, you can find a number of advancements in this domain, thereby leading to the creation of high utility showering structures. One such structure is a combination of a shower and a bath tub. This combination is generally used in small bathrooms where there is not enough space to construct a separate shower and bath tub. Such a combination not only results in maximum utilization of space but also leads to a significant saving in plumbing costs. 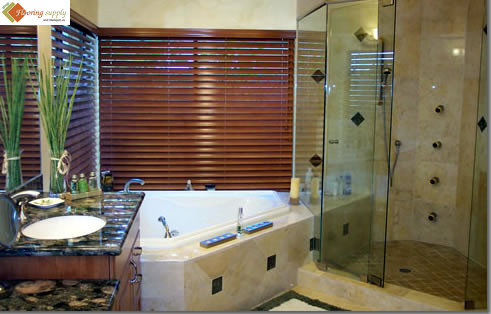 The ultimate in showering luxury these days is a sauna shower. A sauna shower provides a spa like experience to the occupant and ensures complete relaxation while showering. A typical sauna shower consists of jets, ceiling rain, Personal Massager and radio.

Thus, we can see that the shower has evolved in a significant manner over the years. Not only is the shower structure more effective, but the plumbing as become more reliable as well.

The post Evolution of the shower first appeared on Flooring Supply Shop Blog.

One thought on “Evolution of the shower”